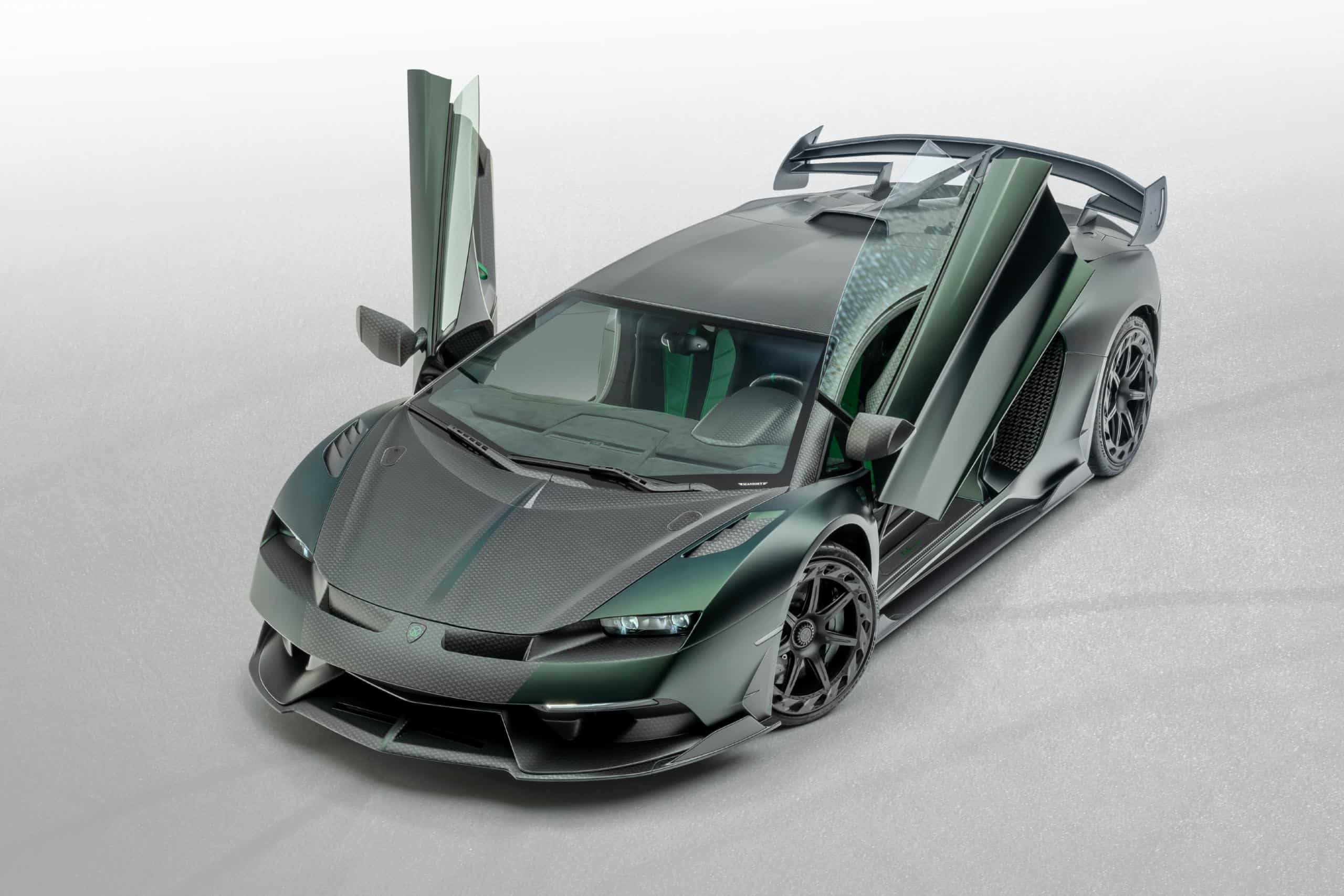 MANSORY CABRERA, an exclusive vehicle conversion based on a Lamborghini Aventador SVJ with just 3 pieces worldwide, under the motto “one car per decade”, as a 30th anniversary edition. The conversion is built with a full wider stealth carbon fibre body and a limited special paint in Vento Verde, newly developed LED front headlights, power increase to 810 PS and 780 Nm, Vmax 355 km/h and 0-100 km/h in 2.6s. CO2 emissions 471 g/km (combined), 20,2 l/100km (combined).

Even the completely redesigned carbon bodywork is reminiscent of a fighting bull in attack posture. Also, the reference to the shape of stealth aircraft gives the “MANSORY Cabrera” a thoroughly desired, attack-conscious look.