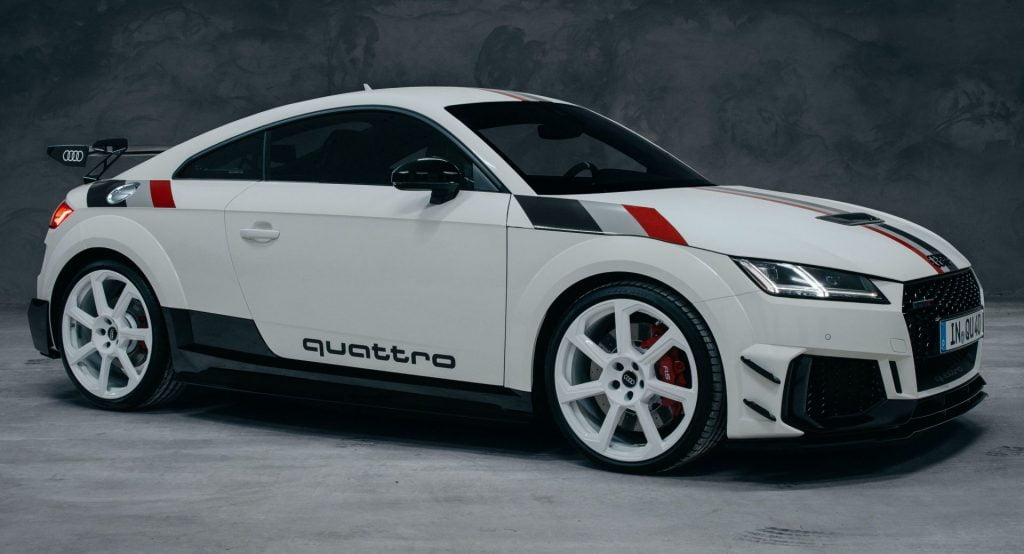 Audi marks the 40th anniversary of quattro with a special edition TT RS model in Germany.

Limited to 40 units, the Audi TT RS ’40 years of quattro’ adopts a more radical aero kit, special heritage decals, and a sportier interior. On the outside, all 40 models come in an Alpine white paint complete with decals on the hood, shoulders, roof and rear, reminiscent of the livery of the modified Audi Sport quattro S1 driven to victory by Walter Röhrl in the 1987 Pikes Peak race.

The Audi TT RS ’40 years of quattro’ also features a dedicated aero kit developed in the wind tunnel which is said to significantly improve the aerodynamics and enhance performance and handling on fast bends. 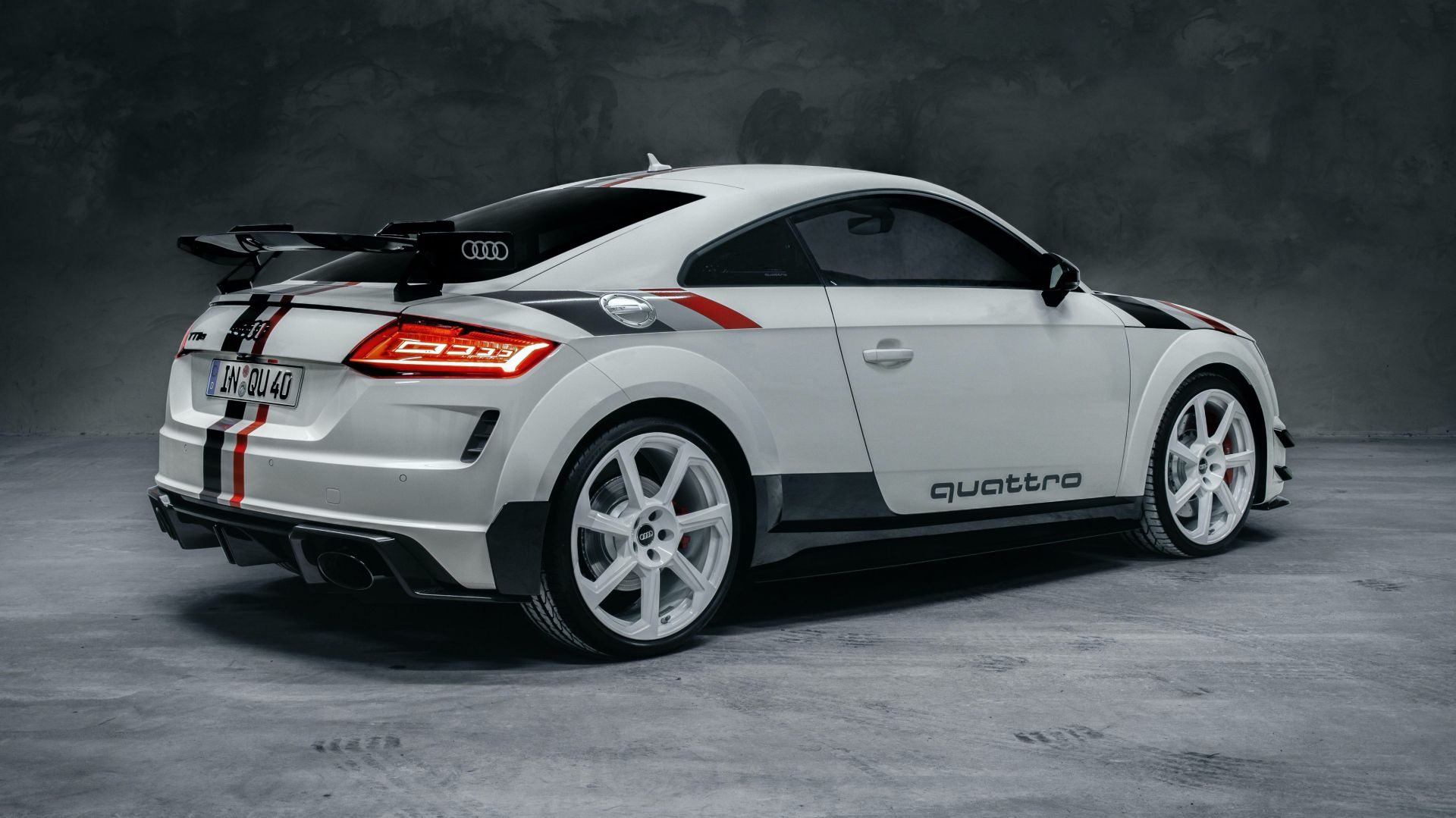 The kit includes side flics in gloss black on the front apron, a front splitter, side sill trims, a fixed rear wing, rear spoiler side sections and a chunky diffuser. Another new element is the gloss carbon central air vent in the hood, which has the role of increasing engine compartment ventilation.

Rounding out the exterior modifications are the gloss black side sill inserts, mirror caps, blade and Audi rings, as well as the large ‘quattro’ letters on the doors and ’40 years of quattro’ logo on the partially matte rear quarter windows. The special edition Audi TT RS rides on exclusive 20-inch alloys painted white, behind which one can catch a glimpse of the red-painted brake calipers. 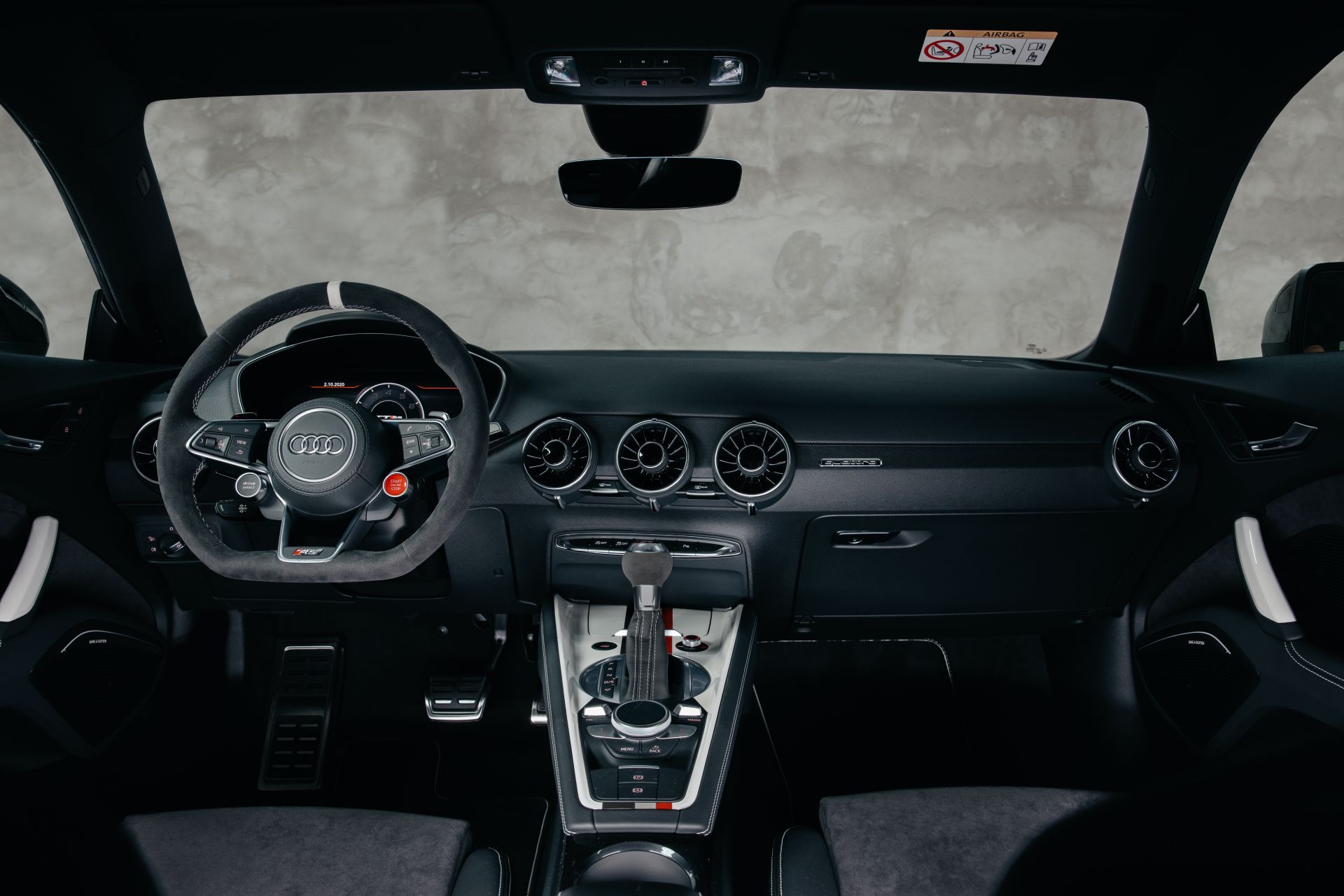 Inside, the Audi TT RS ’40 years of quattro’ features many upgrades that underline the special character of this anniversary model. Those include black Alcantara on the door trims and RS sport leather steering wheel with white 12 o’clock mark, black leather with white contrasting stitching on the center armrest, door armrests and center console, and heritage stripes on the center console’s Alpine white inlay.

The RS sport seats in black Nappa leather feature a black Alcantara center section with white honeycomb pattern and exclusive “40 years of quattro” embroidery at shoulder level. Other unique details include a numbered badge on the S tronic selector lever and black floor mats with white piping, white contrasting stitching and embroidered RS badge. As an option, the rear bench can be replaced with a carbon strut cross brace that reduces weight by around 16 kg (35 lbs) while improving torsional rigidity. 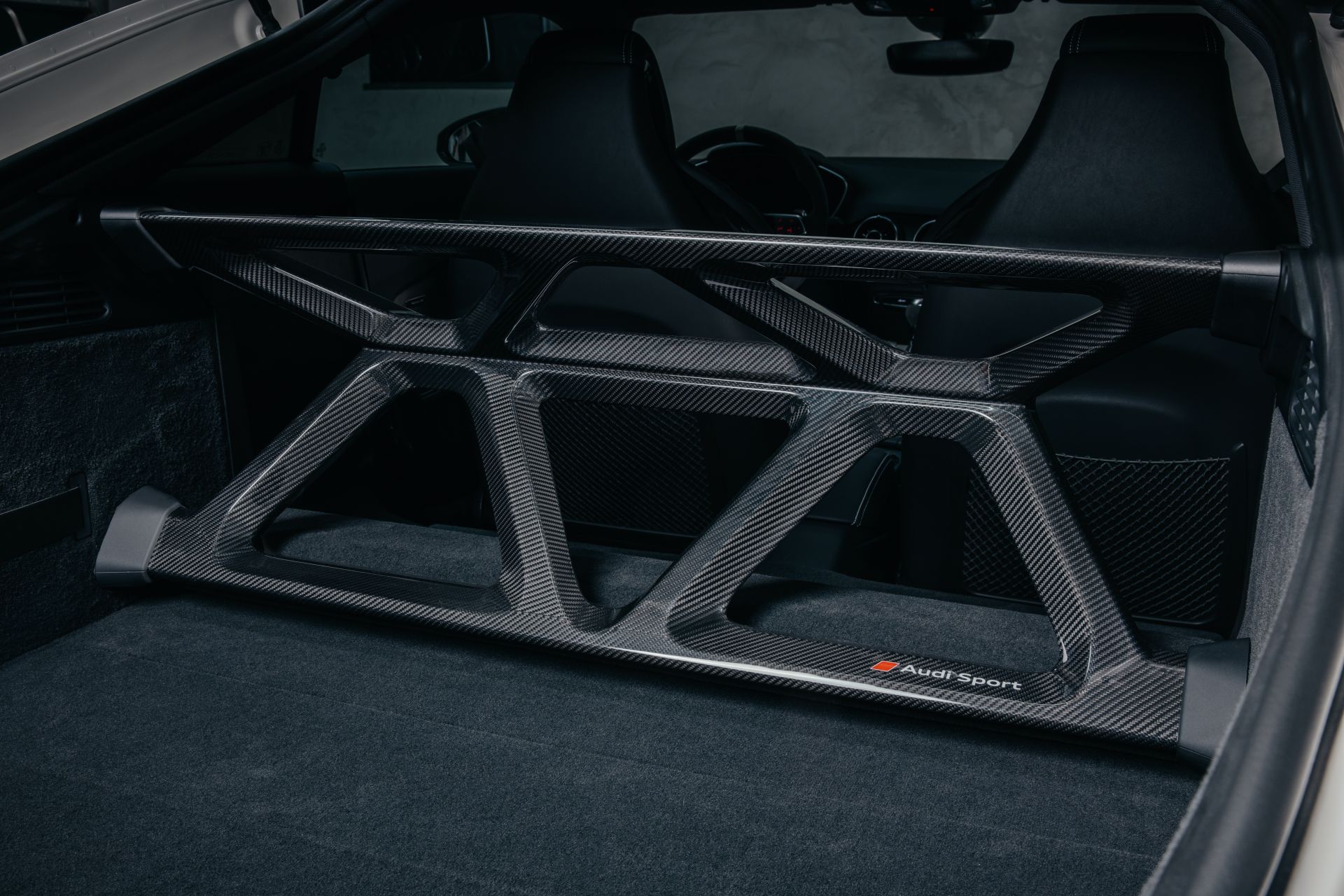