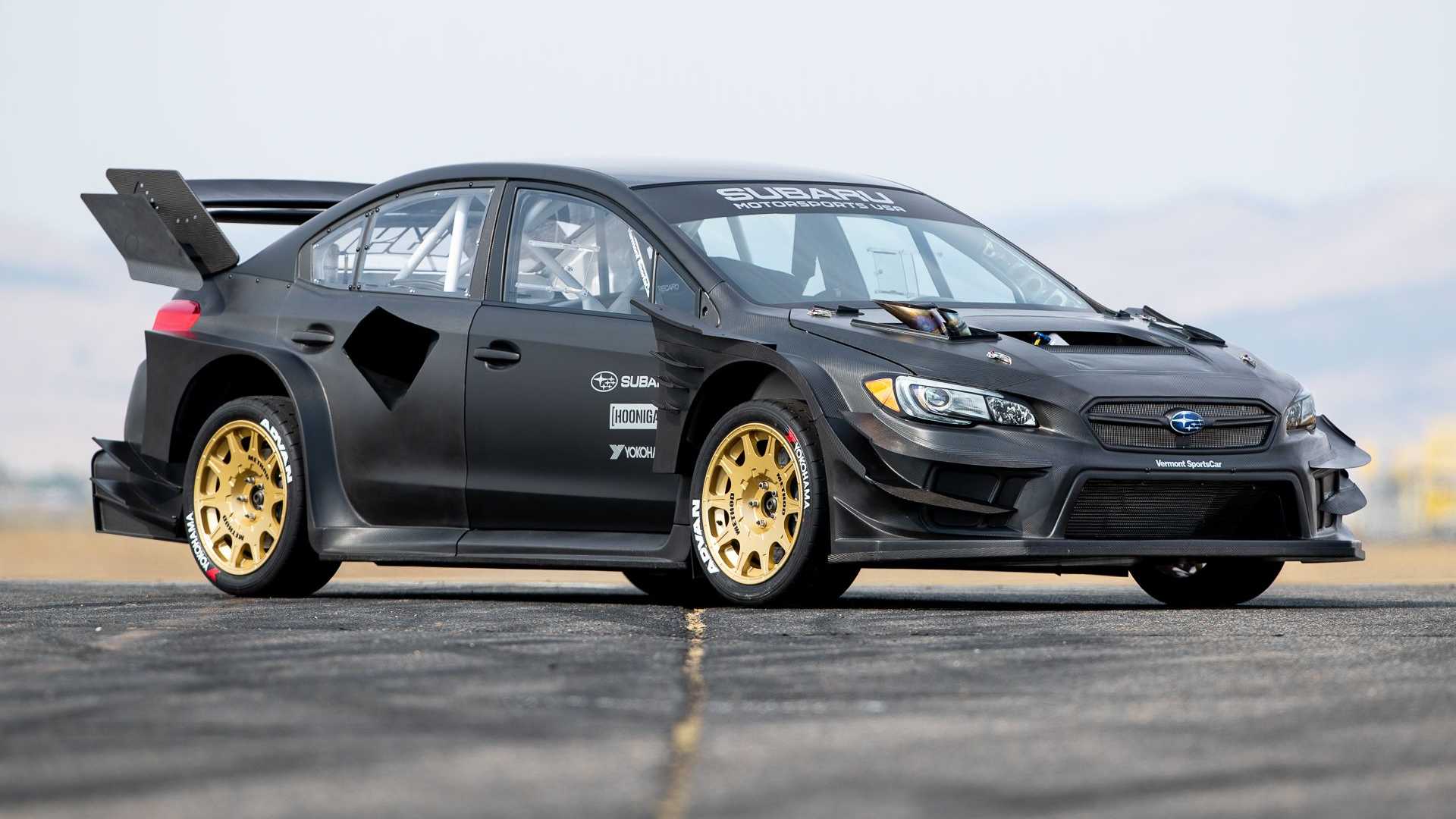 
Travis Pastrana is stepping into Ken Block’s driver seat for the next installment of the Gymkhana series, and he’s got a uniquely modified Subaru WRX STI to do the job. Subaru worked with Vermont SportsCar to build the car specifically to do exciting things on video, rather than needing to comply with any racing series’ rules.

Subaru isn’t offering too many technical details about the Gymkhana WRX STI. The company confirms that it uses a custom-made boxer engine with exhausts that exit out of the hood. An overhauled suspension has a longer travel than stock. The carbon fiber body features massive fenders, a huge wing, and a gigantic diffuser.

The video above highlights Pastrana first chance to drive the STI and rehearse a portion of the new Gymkhana installment. He’s far more used to driving in order to win races rather than performing something flashy. The clip highlights him figuring out how to take a corner with a reverse entry,  which involves backing into the turn and then accelerating away. At first, Pastrana is a bit tentative, but he eventually gets the hang of things after several runs and a little coaching.

We don’t yet know how much power the engine makes, but Pastrana mentions several times in the video that it has plenty of muscle. The car seems very capable of producing an exciting Gymkhana episode, judging by the glimpse of the performance here.

He’s also there to work out the best tire for the Gymkhana. The challenge is finding something that not only provides an adequate amount of grip but also makes enough smoke to look impressive on video.

Gymkhana 11 will reportedly premiere before the end of the year, although the Hoonigan folks won’t provide an exact date yet.